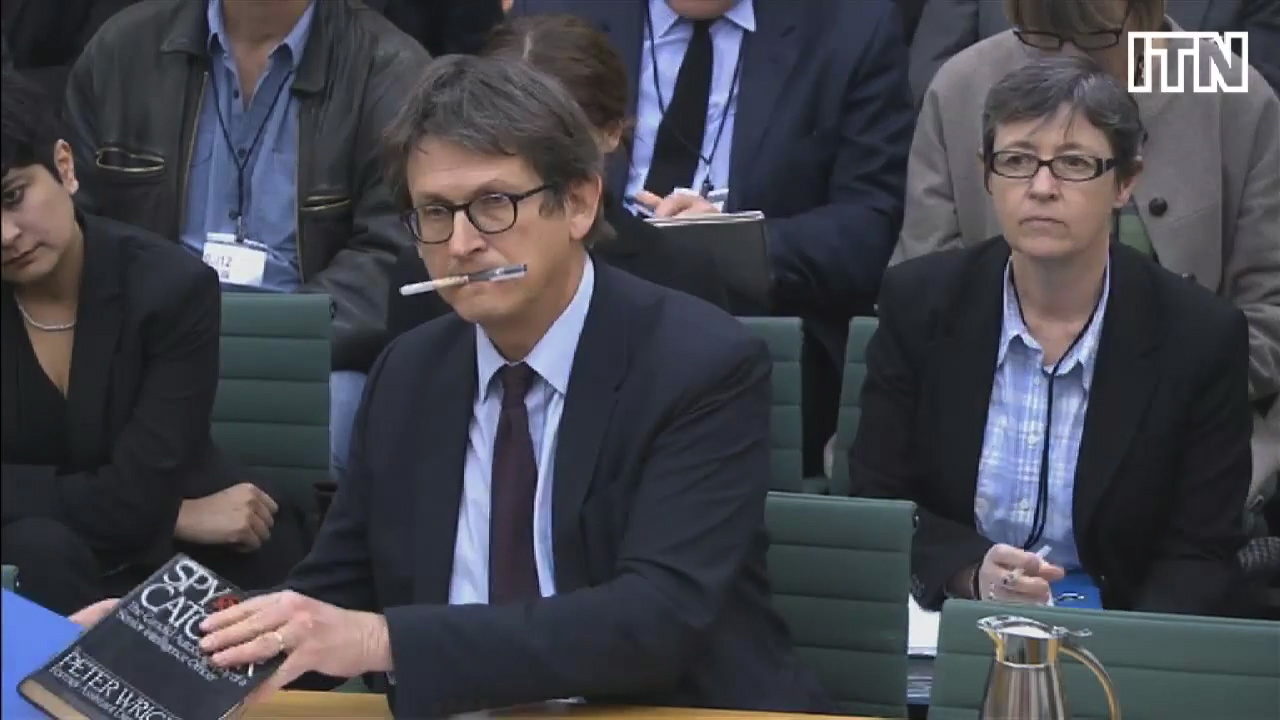 The editor of the Guardian, Alan Rusbridger, in a mandatory appearance before a parliamentary committee on 3 Dec. 2013, where he was going to be grilled for his role in the publishing of the Snowden leaks. He walks in, knowing that he faces  severe criticism and possibly even a jail sentence. He finds his seat in front of the committee, takes a pen out of his pocket, puts it in his mouth and sits down (at 4’15). And doesn’t take it out for the whole of the chairman’s welcome (until 4’51).

My guess: he’s doing it in order not to get intimidated and pushed into a defensive position. To keep sane. He’s making fun of them and mirrors back at them the perceived ridiculousness of the situation. It’s also completely unpredictable behaviour. As I’ve mentioned before, I think this is something that we’re going to see a lot more of.

Update: Here’s an article from the beginning of the still ongoing economic crisis, about how to deal with fear and angst, that was behind some of the thinking here.